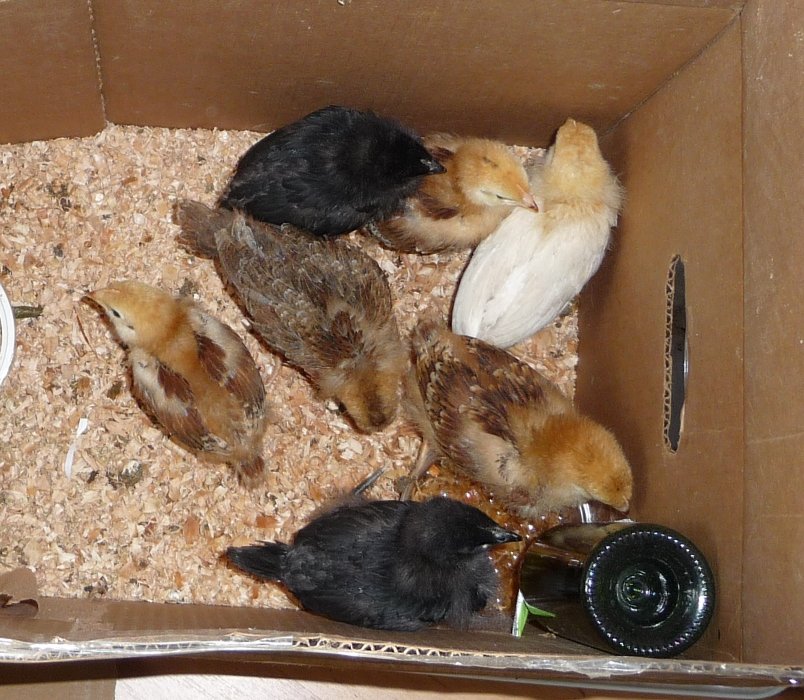 In the spring of 2011, Mrs. MacAulay’s class at Hatzic Elementary School incubated a dozen Thompson Creek fertilised eggs. Seven of the eggs hatched, and the class subsequently returned the chicks to the farm.

Because the chicks arrived at a time when there were no other chicks on the farm, finding somewhere to house them was a problem, as they couldn’t go in with older hens. As it happened, the City of Vancouver had recently approved the keeping of chickens by city residents, so Phillip and Elaine’s city-based farmhand, Edward, offered to adopt them.

The chicks arrived in Vancouver on June 17th, and spent their first few nights in a cardboard box in Edward’s living room. Meanwhile, Edward set to work constructing a new home for them in the garden.

Once the coop was built, it was placed in the garden. The inside of the coop has a water fountain, a suspended feeder, two roosts for the chickens to sleep on, and plenty of shavings on the floor. The front door has a built-in window for light, and two screened vents near the ceiling allow fresh air. The coop also has an electric light inside, operated by a timer that turns it on during the morning and evening. 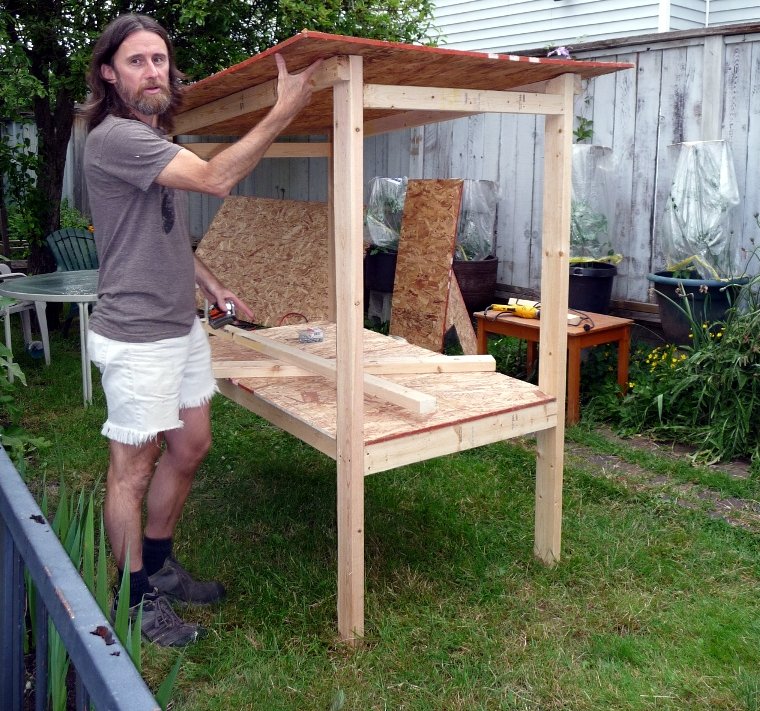 raised about two feet and has a door in the floor with steps that lead down to the ground, so the chickens can go outside any time that they feel like it.

The outside area is fully screened so that dogs, cats, raccoons, and rats can’t get inside. Once they are outside, the chickens have an extended area to run around and scratch in the dirt safely.

When they were a few months old, it became apparent that five of the seven chicks were girls and two were boys. Because roosters aren’t allowed in the city, the boys were taken back to the farm where they have lots of company.

Meanwhile, the girls have grown up and they seem quite happy too. Sometimes, Edward lets the chickens out so that they can explore the yard, where they like to scratch around in the leaves and look for bugs.

As it happens, Edward’s next-door neighbours also have chickens, so they spend a lot of time clucking at each other, and once in a while the Hatzic chickens even get to go over and play with them. They’re also very popular with a lot of the neigbourhood kids, who drop by occasionally to feed them grass.

The chickens are now laying eggs every day! 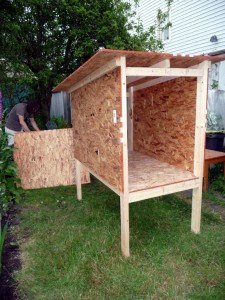 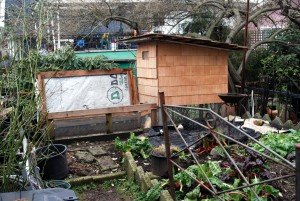 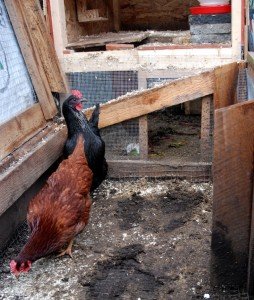 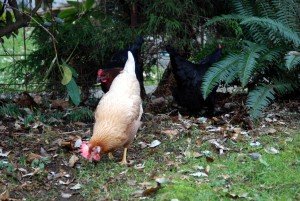 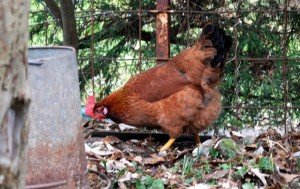 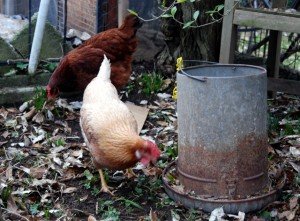 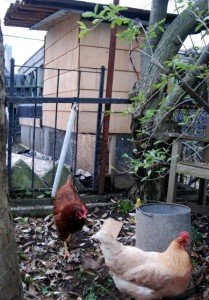 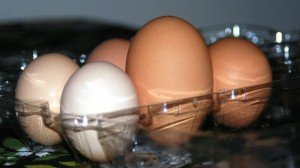